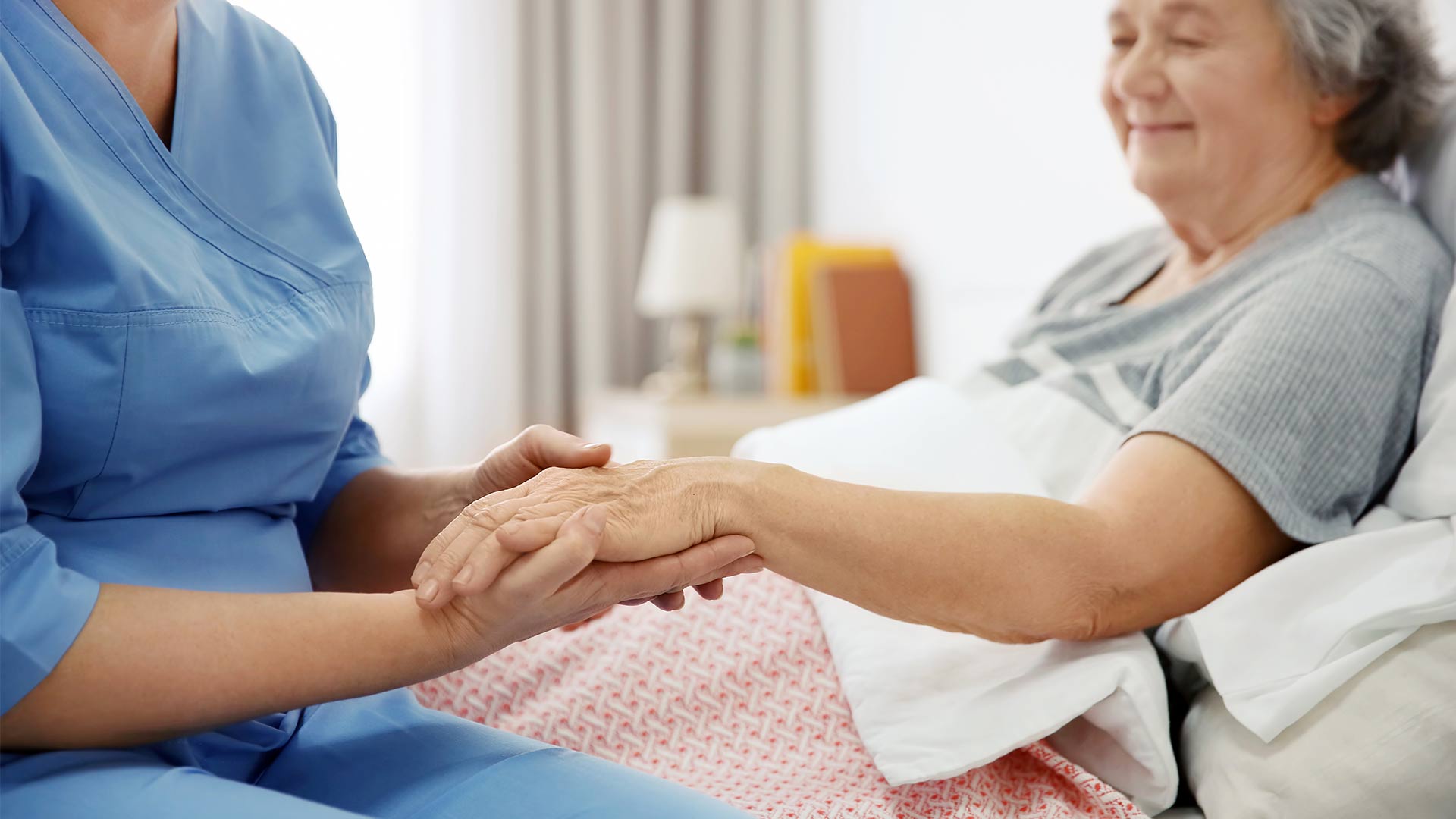 These aren’t the most serious outcomes, however. Ultimately, HCAIs can kill – and for this reason, everyone who works in (or even visits) a medical facility should understand what HCAIs are and understand their role in prevention.

The most common HCAIs that patients acquire in hospitals are:

Some of these are linked to invasive treatments, that are likely to only be seen in a general hospital setting – pneumonia from ventilators and bloodstream infections from central lines, for example.

Who’s at risk of catching a HCAI?

Older people are more susceptible to HCAIs than the average, healthy adult – making their prevalence in care homes a serious concern.

Illnesses that are associated with old age – such as diabetes, kidney/bladder problems, dementia and lung disease – can all increase the risk of both catching and struggling to recover from an infection.

For the general population, the bacteria which cause infections such as C. diff and MRSA are easily transferred by touch – whether you are vulnerable or not. This makes them perilously simple to catch and spread.

Ultimately, nobody is immune to catching a HCAI. The only way to protect your patients, visitors and clinicians is to stop bacteria from being transferred from one person to another; but it’s easier said than done, especially when bacteria is invisible to the naked eye.

As one of the most common HCAIs to occur in medical facilities, preventing clostridium difficile (C. diff) is of paramount importance.

You can come into contact with the germs that cause C. diff – and even carry them on or in your body – without becoming unwell. However, you can still spread the bacteria and cause others to be infected.

When C. diff germs are outside the body, they become spores. These are an inactive form of the germ which have a protective coating, allowing them to live for months or even years on surfaces. The germs only become active again if they are swallowed and reach the intestines.

A healthy person with a good immune system still won’t become ill if the bacteria reaches their intestines. People with weakened immune systems, however – such as the elderly, or those on antibiotics – could become very unwell.

Preventing the spread of C. diff relies on good hygiene, especially after using the toilet.

Clinicians should always clean their hands before and after providing care, as well as using extra precautions – such as gloves and gowns – where appropriate, to stop the spread of C. diff between patients and clinicians.

Patients should also be encouraged to wash their hands with soap and water after using the bathroom, as well as before they eat – with visitors also advised to do so.

MRSA (methicillin-resistant Staphylococcus aureus) is resistant to several antibiotics, making it much more difficult to treat than other infections.

MRSA can have severe consequences, not limited to:

MRSA is usually spread by direct contact with an infected wound, or contaminated hands.

As with C. diff, you can carry infection without showing any signs of illness; in fact, around two in every 100 people carry the MRSA bacteria in their nose[1], with many never developing an infection.

MRSA can cause symptoms if it gets into the skin – causing redness, swelling, pain and pus.

If it goes deeper into the body, it can also cause a high temperature, chills, aches and pains, dizziness and confusion.

People in hospital are at high risk of contracting the infection, often due to the fact that injuries (such as burns or flesh wounds) or medical interventions (such as drips and catheters) can present a route into the body.

People with serious illnesses are also less likely to be able to fight off infection, with the bacteria spreading easily between people in close contact. Thankfully, healthy people are unlikely to pick up MRSA.

Preventing MRSA in hospitals is essential – it saves lives.

Regular hand washing is vital, as well as taking good care of wounds and looking after medical devices (such as catheters and drips).

Alongside good hygiene, putting dressings over broken skin is also good practice to prevent MRSA from entering the body.

In order to prevent the devastating effects of C. diff and MRSA, your infection control procedures should work around the clock.

Your sluice room machinery has an integral role to play in supporting those procedures and ensuring that everyone in your facility stays safe from HCAIs.

But did you know that servicing your machinery is also a critical factor in preventing infection? Download our guide to find out more.