According to the U.S. National Oceanic and Atmospheric Administration (NOAA) and the European Chemicals Agency, microplastics are fragments of any type of plastic less than 5mm in length.

It is well-known that microplastics in the environment are becoming increasingly prevalent. The journal Microplastics and Nanoplastics estimated that there are 24.4 trillion pieces of microplastics in the world's upper oceans, with a combined weight of 82,000 to 578,000 tons - or the equivalent of roughly 30 billion 500-ml plastic water bottles.

These statistics are concerning to health organisations, environmental agencies and the public alike. As microplastics enter the natural ecosystems from countless sources - including cosmetics, clothing, food packaging and industrial processes – controlling them is a significant challenge for the modern world.

At the moment, researchers don’t know if microplastics are a risk to human health. We all consume sand and dust from our environment – what isn’t clear is whether plastic specks create an additional risk.

However, we do know that microplastics can carry a range of contaminants such as trace metals and some potentially harmful organic chemicals. This leads researchers to theorise that – if microplastics are small enough to enter cells or tissues – the existence of tiny foreign substances could cause irritations to the body. This is similar to the effects of asbestos – the fibres can inflame lung tissue and cause cancer. We can also draw comparisons to other pollutants in the air, such as exhaust fumes from cars, or soot from fires.

At its most basic level, marine biologists are concerned about the harm microplastics could cause to sea life. If marine organisms swallow large amounts of microplastics with no nutritional value, they may not eat enough food to survive – which creates a very real threat to marine ecosystems, even if the microplastics are not inherently poisonous.

Unfortunately, concerns over whether microplastics are able to lodge themselves in the body’s cells and tissues are now substantiated.

We’ve known for some time that microplastics are present in the human body. Scientists at Wageningen University in the Netherlands recently reported that children and adults might ingest anywhere from dozens to more than 100,000 microplastic specks each day (and that in the worst cases, people might be ingesting around the mass of a credit card’s worth of microplastic a year).

At the time, researchers weren’t sure if microplastics lingered in the body. They could just be passing through the digestive system without harm – but recent studies have found otherwise.

Microplastic pollution has now been detected in human blood for the first time, with scientists finding the tiny particles in almost 80% of the people tested. The discovery shows the particles can travel around the body and – as microplastics have recently been discovered deep in the lungs of living people – concerns over the long-term damage this could cause are higher than ever.

The most common particles found were polypropylene, used in plastic packaging and pipes, and PET, used in bottles. This could be caused by environmental pollution - but scientists are worried about food packaging, too. It’s possible that plastic containers are contaminating what we eat and drink, long before they’re thrown in the waste bin.

How To Reduce Microplastics

At this moment, researchers anticipate that the levels of microplastics in the environment are too small to damage human health. However, their numbers are steadily rising.

By considering the plastics we choose to use and opting for compostable or multiple-use items, we can begin to reduce the amount of microplastics that enter the environment. One item that has consistently been an environmental concern is wet wipes; it’s estimated that 11 billion go to landfill in the UK every year, with many of these containing non-biodegradable plastic.

Although reducing microplastics globally is a huge endeavour, we can all choose to make more sustainable choices. Hygenex Patient Care wipes by DDC Dolphin are one such example.

Hygenex Patient Care wipes are fully compostable and completely break down and disperse into 100% organic matter. Whilst many competitor products can claim that they are biodegradable, this simply means that they will eventually break down into smaller pieces by natural processes. In reality, what this means is they decompose into microplastics - further polluting our already dangerously damaged natural environment.

For tasks where wet wipes are the most hygienic solution – such as in care settings – Hygenex wipes are an environmentally-friendly option that won’t compromise on performance.

What Else Is DDC Dolphin Doing to Increase Sustainability?

Four per cent of all UK greenhouse gas emissions are down to the NHS, significantly less than transport (27%), energy supply (21%) and business (17%) – but still a major cause for concern and action.

The NHS has committed to becoming the world’s first zero carbon national health service – net zero emissions by 2040 (with an 80% reduction by 2028-2032).

Our development of eco-conscious infection control innovations will help hospitals and care homes across the globe to enhance their sustainability objectives, through the responsible use of care products and machinery. This includes:

DDC Dolphin is striving to improve global health - in hospitals, in care homes and in the world around us.

Have you seen these related articles? 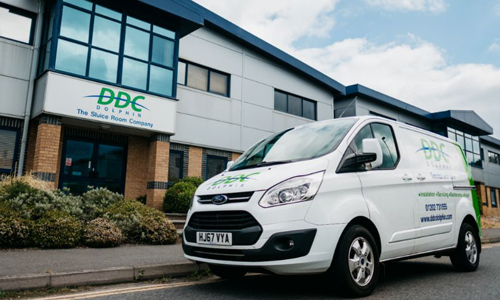 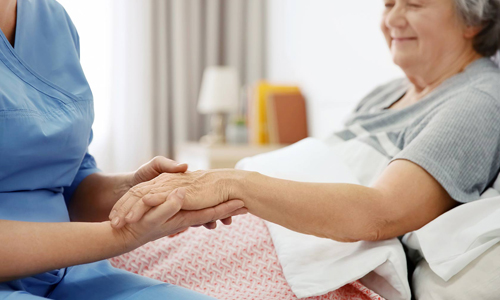 Did you enjoy this article? Explore these related products...